The Story of Plastics (and ACC)

Around the time the first American “chemistry” association was established 150 years ago, a new age was born.

It was born in large part by chemists, driven by their desire to help solve society’s challenges. And in small part by a story about elephants.

For much of human history, everyday tools and products were made mostly from ivory, wood, metals, plant fibers, animal skins/hair/bone, and the like.

For hundreds of years, ivory was the favored material for making the smooth, durable spheres. But by the mid-1800s, relying on elephants to meet demand for ivory – about eight balls per tusk – became unsustainable and dangerous. Society demanded substitutes.

In the late 1860s, an American chemist patented the partially synthetic material “celluloid,” made primarily from plant cellulose and camphor, that began replacing ivory in multiple applications. Including billiard balls.

This story – new polymeric materials with advanced properties replacing limited, existing materials – has been evolving ever since, largely written by chemists and engineers.

As the first and second industrial revolutions created a huge demand for materials, chemists searched for new sources – plus innovative, new materials. In addition to cellulose, galalith and rayon (a modified cellulose) were born in the late 1800s.

Then in the early 1900s, Belgian chemist Leo Baekeland created the first entirely synthetic plastic – and it would revolutionize the way many products were made

“Bakelite’s” properties were suited for a much wider variety of uses than its predecessors. For example, it was resistant to heat and did not conduct electricity, so it was a really good insulator, making it particularly useful in the automotive and electrical industries emerging in the early 1900s.

After that, chemists really got cooking.

These “modern” materials inexorably made inroads in our society and economy. They solved challenges large and small, from creating a more affordable, reliable synthetic “rubber” to making women’s stockings more wearable.

By the 1930s the term “plastic” had become part of our everyday language.

Before the war, George Bailey’s friend Sam Wainwright offers him a “chance of a lifetime” investing in plastics. “This is the biggest thing since radio, and I'm letting you in on the ground floor.”

Sam “made a fortune in plastic hoods for planes” during the war. Plastics also were used to make the housing for radar equipment (since plastics don’t impede radar waves). Plastics replaced rubber in airplane wheels. And they even were sprayed on fighter planes to protect against corrosion from salty seawater.

The war required a massive run up in plastics production. Responding in emergency mode, America’s chemists and plastic makers proved invaluable to our nation’s war efforts. It soon became readily clear what these innovative materials could do.

In the late 40s and 50s, these new materials began replacing traditional materials in everyday life, from car seats to refrigerators to food packaging.

Production boomed with the “Baby Boomers.” New plastics were invented – e.g., polyester, polypropylene, and polystyrene – that further cemented the role of plastics in our society and economy.

As the production of plastics rose, the Plastics Material Manufacturers Association in 1950 consolidated its efforts with the Manufacturing Chemists Association (today’s ACC). This kicked off a long and fruitful collaboration between plastic and chemical enterprises.

During the post-war decades, we discovered an interesting characteristic of these modern materials: Plastics allowed us to do more with less because they’re lightweight yet strong.

Later studies demonstrated what industry folks presumed at the time. In general, plastics reduce key environmental impacts of products and packaging compared to materials like glass, paper, and metals. By switching to plastics, we use less energy and create less waste and fewer carbon emissions than typical alternatives.

In short, the switch to plastics contributes immensely to sustainability, an often-overlooked characteristic. Perhaps somewhat unknowingly, chemists (and the companies they worked with) once again were at the forefront of contributing solutions to serious societal challenges.

As the last century was winding down, personal consumption was soaring. And Americans began to take greater notice of these new-ish materials that were displacing traditional glass, paper, and metals.

In 1987, a wayward barge full of trash travelled from New York to Belize looking for a home for its stinky cargo. The barge received extensive national media attention and stoked fears of a “garbage crisis.” The public began to blame the rapid growth of plastics, particularly packaging, for our garbage problem.

Consumption also was growing rapidly across much of the world before and after the turn of the century. But solid waste infrastructure was growing more slowly than needed in many places.

Increasing amounts of mismanaged refuse wound up in rivers and waterways and our ocean, where currents carried it across the globe. While most refuse sinks, many plastics are buoyant, making them more visible and concerning. As awareness grew of marine litter’s effects on wildlife and beaches, so too did concerns over the role of plastics in our global society.

In light of these and other events, many people began questioning the sustainability of plastics.

Over these decades, plastic makers and the entire value chain responded in part by encouraging growth in plastics recycling. Most communities successfully added plastic bottle/containers to their recycling programs, and plastic bottle recycling rates soon reached par with glass bottles.

And the widely admired “Plastics Make it Possible” campaign helped educate and remind Americans of the many solutions that plastics provide… solutions made possible by the very nature of these innovative, modern materials.

On the ACC front, at the turn of the century, plastic makers reorganized as ACC’s Plastics Division to improve organizational and advocacy efficiencies – and to ramp up solutions.

Today, most Americans appreciate the benefits of plastics… and they want to see more advances in sustainability. For example, Americans want to see increased recycling of all plastic packaging, especially the newer lightweight flexible packaging that’s replacing heavier materials. And they want an end to plastic waste in our environment.

So today, the Plastics Division is focused on “making sustainable change” by finding new ways to make plastics lighter, stronger, more efficient, and more recyclable. And by driving down greenhouse gas emissions from products and production.

We’re working to keep plastics in our economy and out of our environment. To achieve this, we’re focused on helping build a circular economy for plastics, in which plastics are reused instead of discarded.

We’re continuing to innovate, investing billions of dollars in next generation advanced recycling. Empowered by chemistry and engineering, these technologies make it possible for plastics to be remade into high-quality raw materials for new plastics. Again and again.

We’re advocating for a circular economy in statehouses and at the federal level with our 5 Actions for Sustainable Change. These policies are needed to help us reach our goal: by 2040, all U.S. plastic packaging will be recycled, reused, or recovered.

And we’re actively supporting a global agreement among nations to end plastic waste in our environment.

The story of plastics is evolving. It’s constantly being rewritten by our chemists, engineers, designers, and technicians. People we call America’s Change Makers who dedicate their careers to making sustainable change.

From helping save elephants a century and a half ago to driving down greenhouse gas emissions today, America’s Plastic Makers are leveraging our history of innovation to help solve some of society's biggest challenges. And to create a cleaner, brighter future. 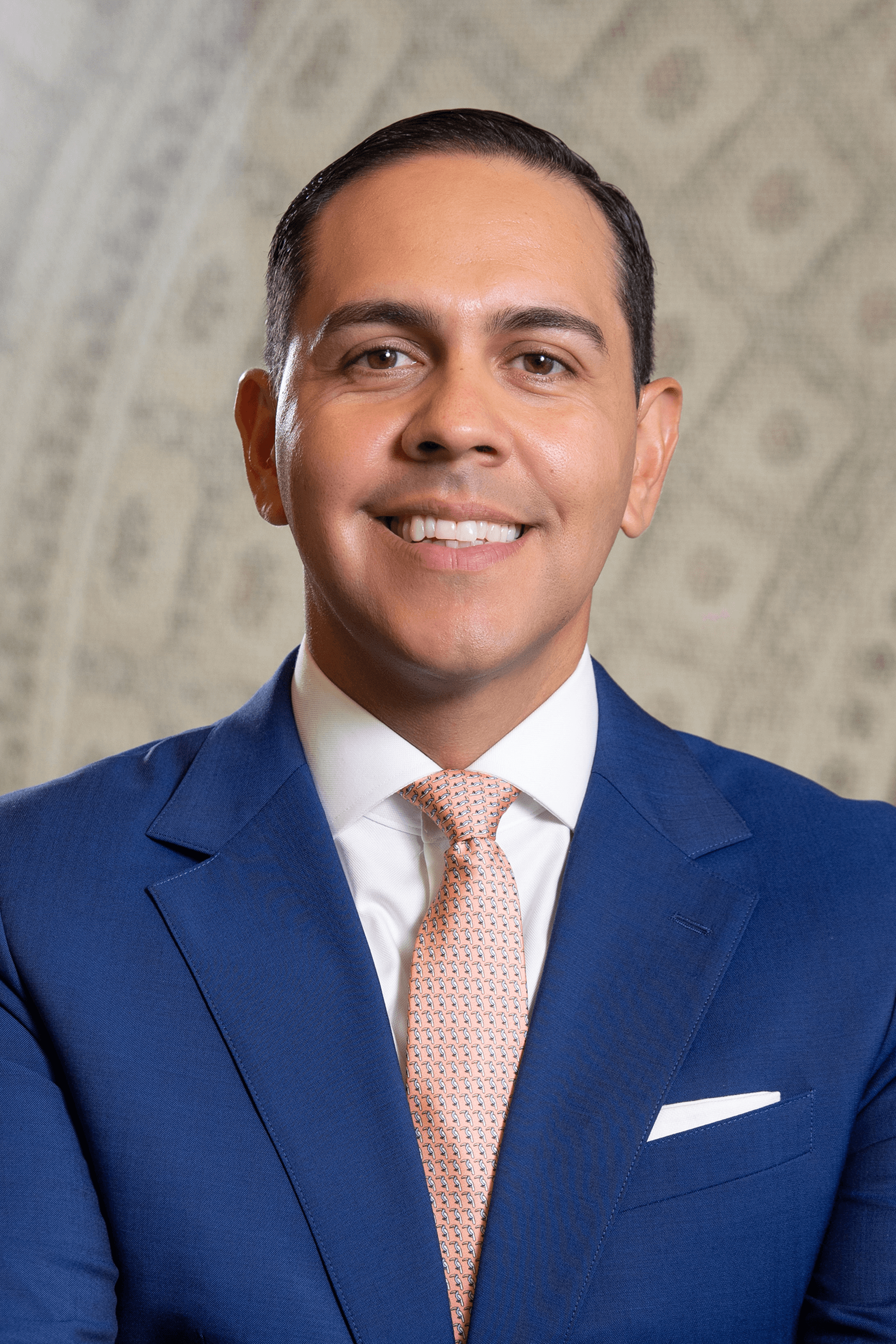 As Vice President of ACC’s Plastics Division, Joshua oversees strategic programs to advance a science-based policy agenda, national outreach, and sustainability initiatives on behalf of America’s leading plastics makers. He encourages better understanding of plastics’ advantages in key markets, such as automotive, building and construction, and packaging, and innovations that are helping to address some of our world’s greatest sustainability challenges. Joshua also leads industry initiatives and fosters multi-stakeholder dialogue around helping to end plastic waste by creating a more circular economy.

He previously led public affairs at the American Beverage Association (ABA), where he oversaw the launch of a new plastics sustainability initiative and helped advance community-based recycling projects.

Prior to joining ABA, Joshua served as a managing director at Marathon Strategies and senior vice president at DDC Public Affairs. In both capacities, Joshua directed strategy and implementation of multi-channel issue advocacy and public affairs campaigns on behalf of Fortune 100 companies and leading trade associations. In 2018, Joshua led the defeat of the Border Adjustment Tax on behalf of the retail industry, which was recognized as PR Week’s 2018 global crisis campaign of the year.

He began his career working on Capitol Hill for former U.S. Representative Heather Wilson and as the National Coalitions Director for U.S. Senator Mitt Romney’s 2012 presidential campaign. Joshua has a Master of Arts in Government and Political Communications from The Johns Hopkins University and a Bachelor of Arts in Political Science from Texas Tech University.

On America Recycles Day, ACC Highlights the Importance of Secondary Sortation to Recycle Greater Amounts and More Types of Plastics